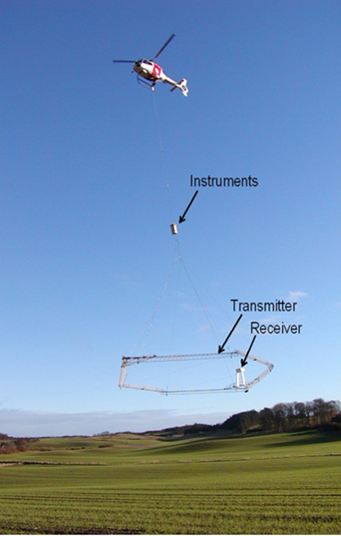 AEM survey is a very rapid and efficient way of remotely sensing geology across an entire area without engaging in extensive drilling. In AEM surveys, a geophysical device, typically bullet or hoop-shaped, which contains sensors is suspended beneath an aircraft, typically a helicopter to collect geophysical data using electromagnetics.

In 2016, an AEM survey of the BGMA was conducted. Flight lines were flown across the whole BGMA. The data collected by the survey was used to expand knowledge on geologic and hydrologic resources in the BGMA.  To further increase the understanding of the area, tight grids of flight lines were flown around the locations of the Creighton Water System and the West Knox Rural Water System. 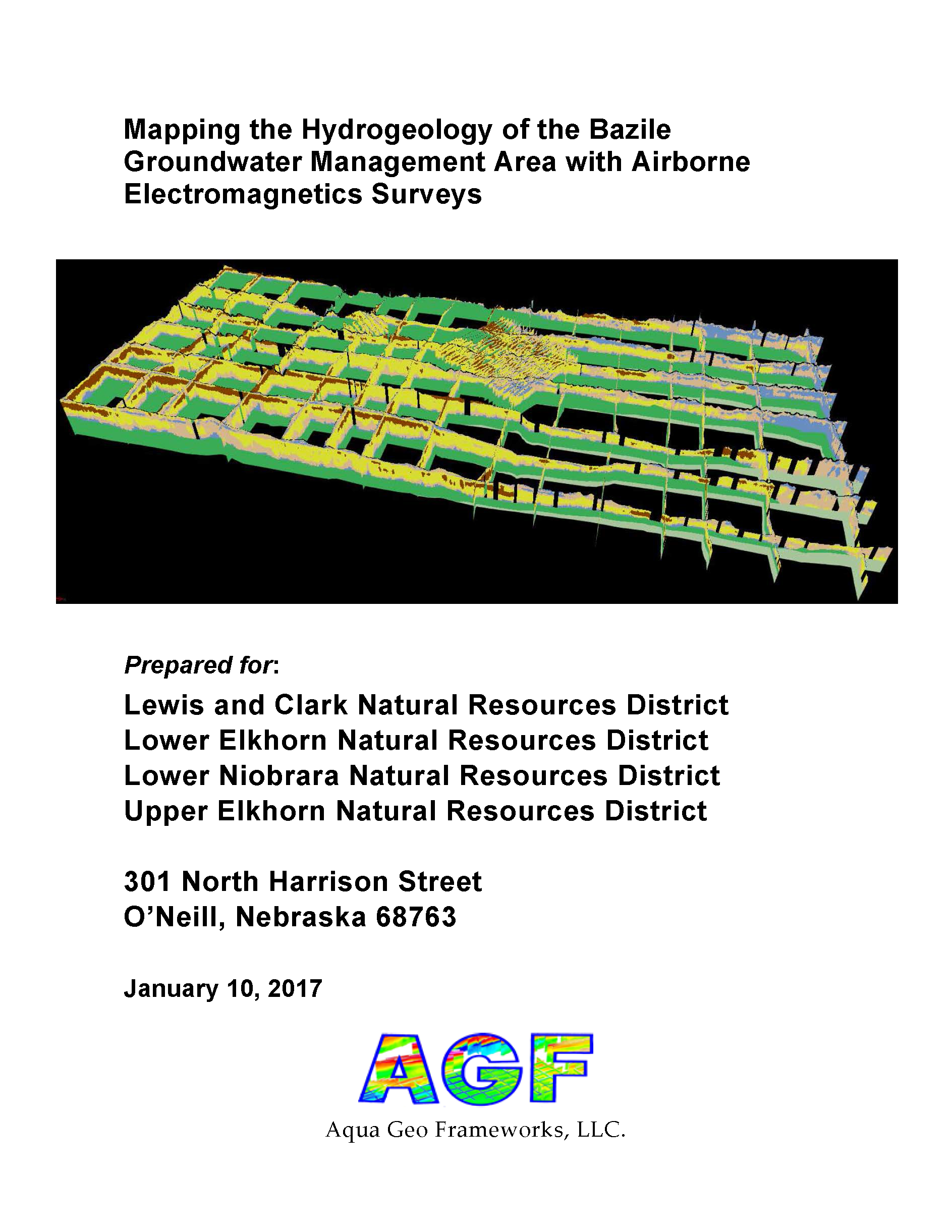 The Eastern Nebraska Water Resources Assessment (ENWRA) and University of Nebraska Conservation and Survey Division (UNL CSD) are partners in the planning, conducting, and capturing data for the AEM surveys.